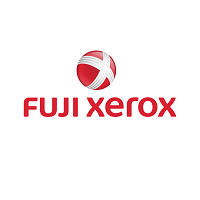 Nothing like trying to wrap your head around a convoluted deal before the first cup of morning coffee.  This one is likely tailored to provide an exit strategy for activists Carl Icahn and Darwin Deason.  The end result is that Fujifilm Holdings (FUJIY – 4901.TSE) will acquire majority ownership (50.1%) of Xerox (XRX).  This will be accomplished by Fuji Xerox first buying Fujifilm’s 75% stake in the current Fuji Xerox / Xerox joint venture followed by Fujifilm buying 50.1% of ‘new’ Xerox shares.

When completed (July/August 2018), the entity will retain the Fuji Xerox name, be traded on the NYSE (probably XRX) and shower existing Xerox shareholders with an estimated $9.80 special dividend in addition to a minority ownership stake.

Even though this combination is of two troubled companies, with cost cutting and synergies this could evolve into an interesting arrangement – particularly if R&D is applied more towards emerging technologies (think the AI/AR space).  The other question is the dividend scheme where Xerox pays quarterly (Jan/Apr/Jul/Oct) and Fujifilm pays on an interim/final (Jul/Dec) cycle.  The old Xerox annual dividend rate has been affirmed on a continuing basis.

While I already obtained what I was after in this investment with the prior Xerox spin of Conduent (CNDT), with the special dividend this moves from a slight loss on the books to a 5.3% gain.  I’ll continue to monitor this one as it progresses but my guess is this will be my first Japanese holding albeit gained through a back door approach.